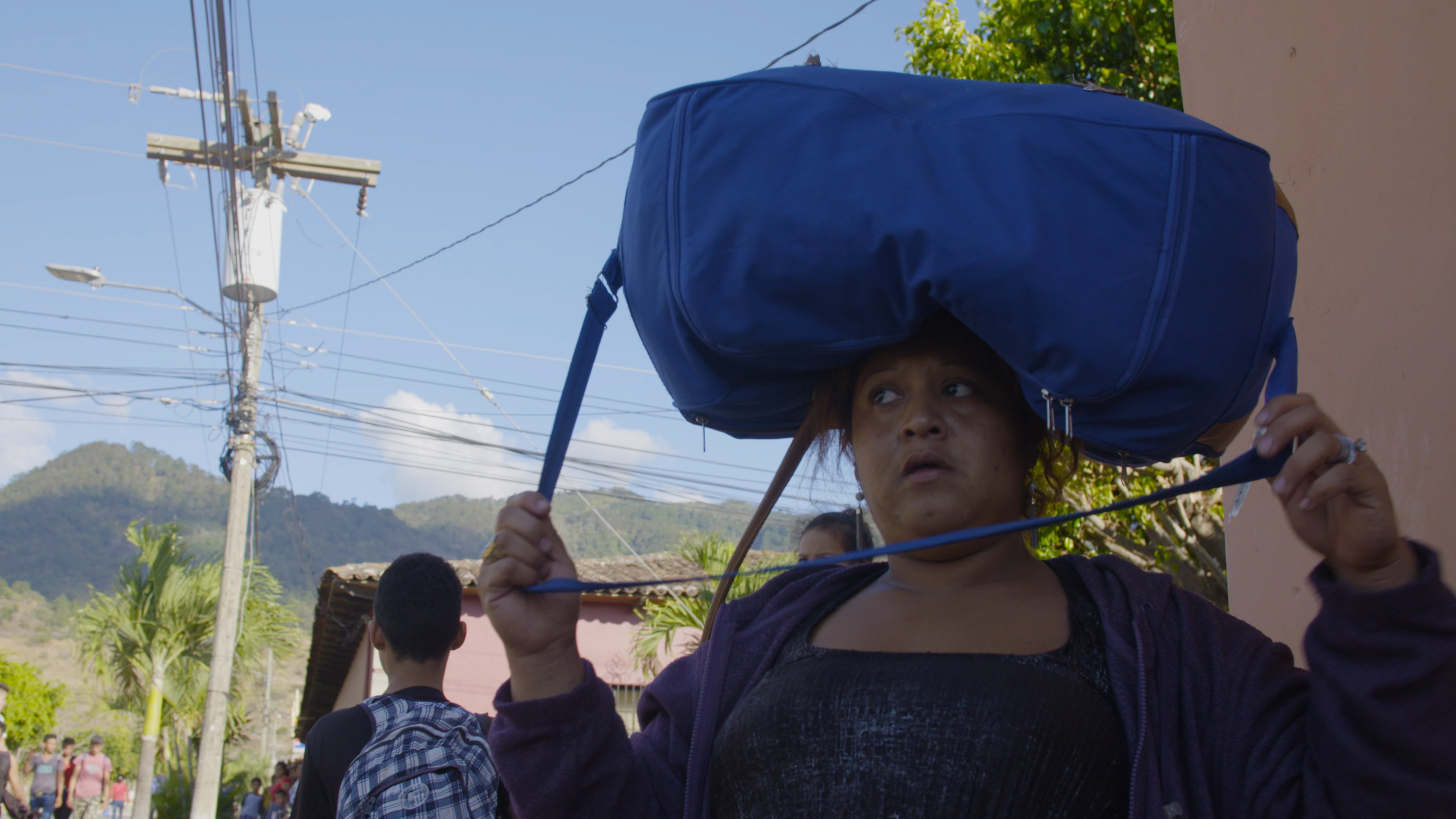 CARAVANERAS is the story of three single mothers from Central America fleeing domestic violence and poverty. Like many other women JESSICA, INGRIS and KAREN join the migrant caravan, hoping for a new life. They leave their homes in Honduras to traverse over 4000 km to reach the United States.

The caravan is a spontaneous, collective attempt to minimize the dangers of migrating through Mexico by marching together, as one strong and united body. For many single women, especially when travelling with their children, the migrant caravans are the only way to reach the US border. Not only because they can’t afford to pay the smugglers, but also because it’s the only way to avoid sexual assaults, human trafficking, or worse.

KAREN, JESSICA and INGRIS are fleeing from an unbearable life. Jessica and Ingris fear that their children will be drawn into the street gang violence which rules their hometown. Karen was maltreated and raped by her husband over years. She managed to escape and report him to the police. When he threatened to kill her and her daughters if she didn’t take back the report, she decided to join the caravan.

Around 5 am each day, the caravan starts to move. While men are hastily wrapping up their things and head forward, JESSICA, INGRIS and KAREN still have to get their kids ready and pack their belongings. They can hardly keep up with the men’s pace. But Karen is not willing to accept this. She organises the women within the caravan and, shouting into a megaphone, demands more solidarity from the men.

CARAVANERAS follows the three women and their kids on the way from Honduras to Tijuana. We follow them on foot, on trucks, trailers, tractors and trains. On the way, we learn about their backstories, their reasons to leave, but also the dangers of the journey they face every day. Due to Trump’s migrant policies, Mexico tries to push back the migrants, making it harder and harder to move forward. Further North, drug cartels blackmail protection money. JESSICA, INGRIS and KAREN need a lot of strength - and hope. Will they make the over 4000km to the US border?